It’s no secret the Wasatch Front’s poor air quality poses significant problems for residents, and on average Utah’s most populous region has more than 100 days with air pollution exceeding clean air standards. Poor air quality also has the potential to negatively impact regional economic growth by making Utah a less attractive place for business relocation and expansion. With this in mind, UTA is looking to improve regional air quality by increasing its use of clean fuels and encouraging more people to use mass transit. To accomplish this, UTA, along with local, state and federal leaders, is looking to build the Depot District Clean Fuels Tech Center at approximately 600 South 200 West in Salt Lake City.

UTA currently operates a limited number of alternative fuel buses, and while the agency is working to expand its alternative fuel and electric vehicle fleet, it’s restricted from doing so due to limited fueling and maintenance capacity. As the largest single land holder in Salt Lake City’s Depot District, UTA is working to transform its property into a state-of-the-art maintenance and fueling facility for its growing fleet of clean air vehicles as well as an interconnected campus that defines transit-oriented development (TOD) complete with office space and mixed-use residential buildings.

The project has been identified by both the area’s metropolitan planning organization, the Wasatch Front Regional Council (WFRC), and UTA as a critical need to significantly expand public transportation service in Salt Lake and Davis counties and UTA’s use of clean fuel buses. 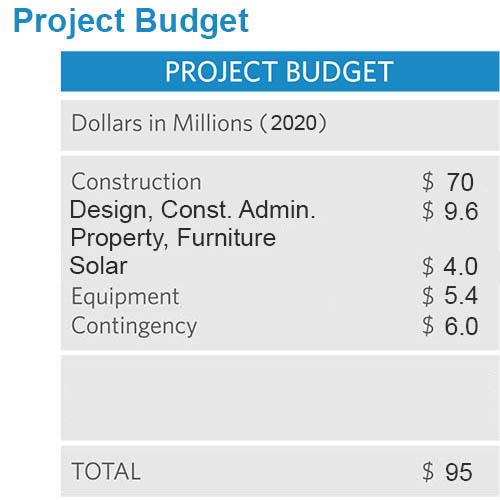 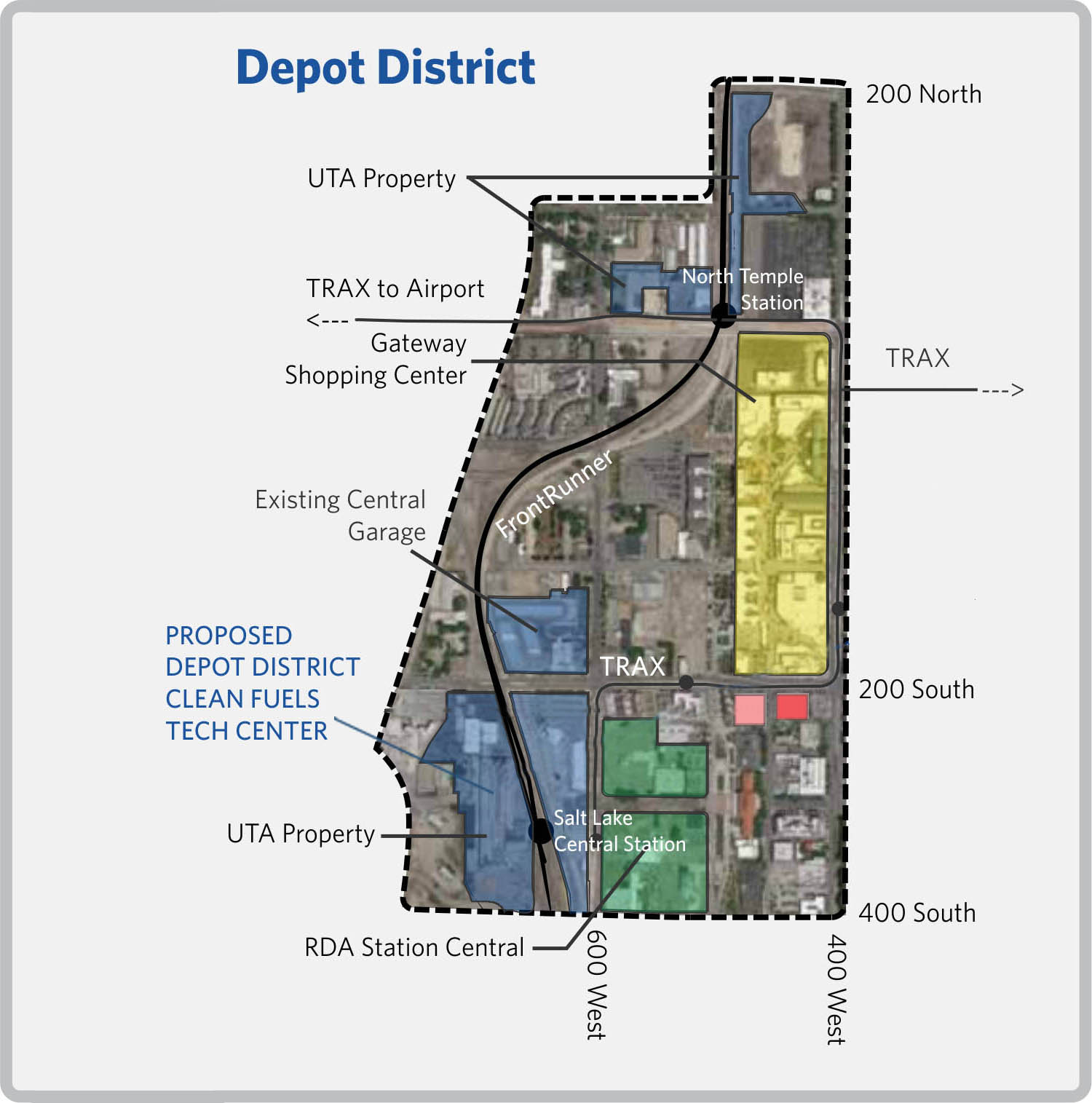 For many years, UTA has been making plans to replace its 45-year old Central Bus Garage, which is fast approaching the end of its useful life. Currently, 100 buses are maintained at the 7.3 acre garage facility designed to serve a maximum of 90 vehicles. The facility was last modified in 1987 and cannot be expanded due to lack of available adjacent land. The Central Bus Garage is also not large enough to store UTA’s current fleet, forcing the agency to park 20 of its buses at its administrative offices. The lack of space makes it impossible for UTA to expand bus service, as there is no available room to store and maintain the necessary additional vehicles.