/
Board of Trustees
/
Meet the Board

UTA BOARD OF TRUSTEES 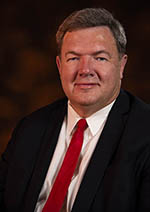 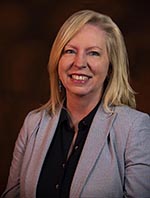 Trustee Holbrook brings a wealth of experience to UTA. She began her career in the financial sector, established a real estate firm in 2002 and in 2010 went to work for Zion’s Bank as the Director of the Business Resource Center in Salt Lake City. Trustee Holbrook would go on to become the Public Sector Solutions Manager for Waste Management of Utah. Trustee Holbrook was first elected to the Bountiful City Council in 2007 and has served on several boards including the Bountiful Power Commission, Planning Commission and the Utility Facility Review Board. She is the outgoing President of the Utah League of Cities and Towns; having served there since 2011. Trustee Holbrook joined the Utah Transit Authority on November 1, 2018.

Trustee Acerson comes to UTA having already served in several UTA board and oversight positions. He began his career with 15 years in the software industry working with WordPerfect and Novell Corp. Trustee Acerson has an extensive track record of public service including serving Lindon City as both City Councilmember and most recently as Mayor. He chaired the Utah Governor’s Coalition on Y2K, served as president of the Utah Jazz 100 Club, and worked with the Salt Lake Olympics and Special Olympics. Trustee Acerson has also taught leadership development courses as an adjunct professor at Utah Valley University for the past ten years. Trustee Acerson joined the Utah Transit Authority on December 2, 2020.