The Brigham City Transit Corridor Study was completed it 2007. It examined options for a transit link between Ogden and Brigham City. The report found that commuter rail would be the best mode to connect the two communities. Shortly after the corridor study was completed, Box Elder County passed a sales tax to support the development of the extension of commuter rail to Box Elder County.

In 2008, UTA implemented FrontRunner service between Ogden and Salt Lake City, including trips to Pleasant View. Service to Provo began in 2012. UTA owns the track for FrontRunner starting 12th street in Ogden. Previously UTA was operating on a shared track with Union Pacific to provide service to Pleasant View. The Rail Safety Improvement Act of 2008 required that all rail providers implement positive train control (PTC) systems by the end of 2018. Union Pacific and UTA have developed different PTC solutions. Using the shared track would require a significant investment in PTC equipment by UTA. As such, service to Pleasant View was suspended until UTA can purchase the right of way and build a track separate from Union Pacific. 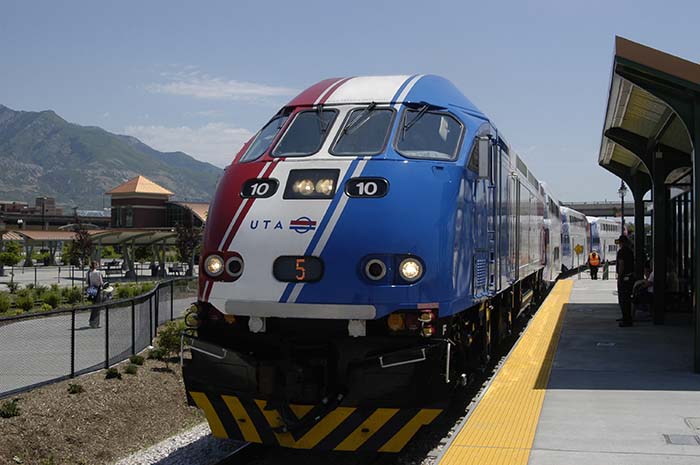 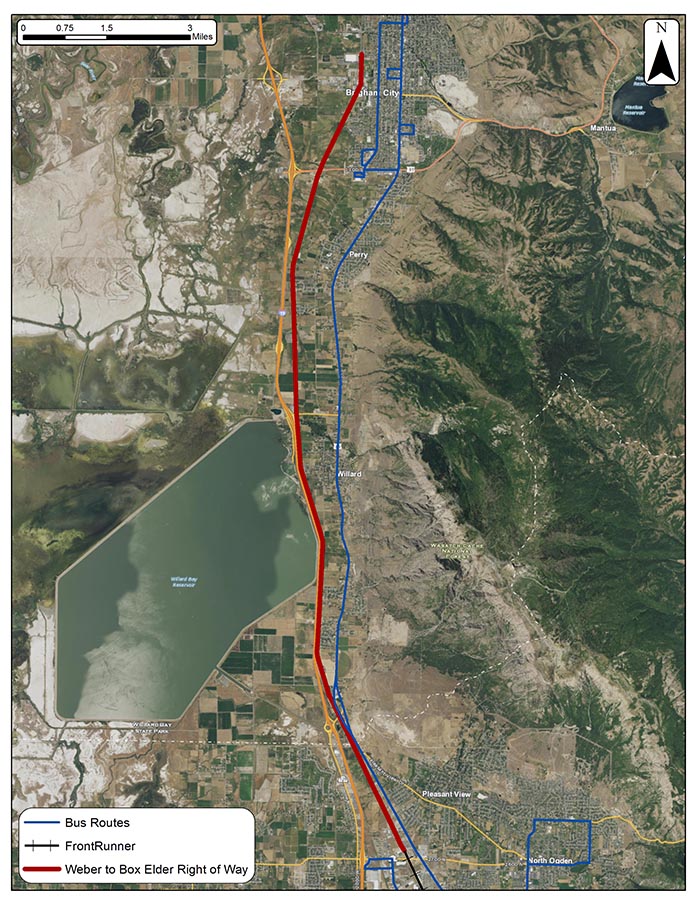 UTA is working with willing sellers to purchase a 50-foot corridor adjacent to Union Pacific’s Track. In Box Elder County, funding accumulated from the sales tax passed in 2007 is being used to buy the property. Acquiring these properties ahead of housing and commercial development will reduce future impacts and costs. UTA has a surveyor on board to develop right of way plans and other documents needed to purchase the land. UTA has successfully obtained several properties, including a future station site, in Box Elder County.